The history of science in Yellowstone formally began with the expeditions of U.S. Geologist Ferdinand V. Hayden, who led U.S. Geological Survey expeditions to the Yellowstone area in 1871, 1872, 1877, and 1878. Hayden’s 1871 survey team included two botanists, a meteorologist, a zoologist, an ornithologist, a mineralogist, a topographer, and an agricultural statistician/entomologist, in addition to an artist, a photographer, and a support staff of assistants, secretaries, cooks, hunters, a physician, and drivers of ambulances and mule teams. Under orders from Interior Secretary Columbus Delano, the party was charged with making “an accurate geographical map of the district explored,” and collecting astronomical and barometrical instrumental observations. In addition, they were directed to “…secure as much information as possible, both scientific and practical…give your attention to the geological, mineralogical, zoological, botanical, and agricultural resources of the country.” Information on local American Indian tribes was also sought. Hayden’s draft report on the Yellowstone with the bill that would become the Yellowstone National Park Organic Act included not only his scientific findings, but also the prediction that “In a few years this region will be a place of resort for all classes of people from all portions of the world.…” Hayden also noted that in terms of scientific value, “The geysers of Iceland…sink into insignificance in comparison with the hot springs of the Yellowstone and Fire-Hole Basins.”

Early superintendent Philetus W. Norris (1877–1882) was the first park administrator to establish scientific inquiry as an important aspect of park management. By exploring the park, studying its various facets, and writing extensively about its cultural and natural history, Norris set the precedent for future park administrations to promote serious study of the area. He also accumulated ethnographic and natural history collections, which he donated to the Smithsonian’s National Museum of Natural History. Norris spent countless hours on horseback, getting to know the park and its resources. On all such trips, he was vigilant in his observations and notations of the area’s cultural history, natural history, and geology. He kept meteorological records and drew sketches; he wrote descriptions and dissected fish. His annual report for 1880, for example, comprised 65 pages of such details as the “true origin” of such prominent wonders as “spouting or intermittent geysers” and “hot-foaming or laundry springs”—which he believed had incredible cleansing properties. He also included sketches of such things as the rock formations at “Hoodoos, Or remnants of erosion in the golden Labyrinths.” Norris so strongly believed that science should play a role in park policy and administration that he argued for employing a resident scientist in the park.

During the early years of the National Park Service’s administration of Yellowstone, scientific inquiry was a collateral duty of the park naturalist. Research by independent investigators was conducted via a system of collecting permits, sometimes with significant assistance from the park service. In the mid-1920s, Superintendent Horace M. Albright (1919–1929) supported a project led by Drs. Eugene Thomas Allen and Arthur Lewis Day, geologists with the Carnegie Institute’s Geophysical Laboratory in Washington, D.C. Allen and Day, who had recently published two books on the volcanic geology of California’s Lassen Peak, proposed to undertake a comprehensive study of the same in Yellowstone. Their collecting permit allowed them fairly broad discretion, and Albright granted the duo a number of provisions enabling them to conveniently conduct their research. The end result was Allen and Day’s Hot Springs of the Yellowstone National Park, published by the Carnegie Institution in 1935—for many decades, the definitive literature on Yellowstone’s thermal environment.

As director of the National Park Service (1929–1933), Albright also supported the creation of the Wildlife Division, instituted for the purpose of surveying wildlife and identifying wildlife problems in the parks. The division’s biologists produced the classic series, Fauna of the National Parks and frequently consulted with individual parks when scientific solutions were sought to various park problems. Led by George M. Wright, the Wildlife Division was relatively short-lived; its biologists were transferred into the U.S. Bureau of Biological Survey in 1940. However, its contributions to the advancement of science in park management were invaluable. Historian James Pritchard has written that the Wildlife Division made four main contributions to attitude changes and ecological understanding in the National Park Service: its assessment of wildlife problems in the parks; its creation of the first clearly stated policies and rationale for wildlife management in the parks; its introduction of elements of ecological thinking into that rationale, and recognition of a role for natural processes in park management; and its statements about the purpose of the parks, and the relationships between wildlife and park visitors. In Yellowstone, the Wildlife Division offered ideas about how to remedy the park’s “bear problem,” brought on by years of lax enforcement of the anti-feeding regulations, analyzed the health of the northern range, helped re-establish free-ranging bison, investigated the status of trumpeter swans, and played a primary role in ending the park’s policy of reducing the pelican population in order to “protect” the park’s fishery.

By the 1960s, scientific research in Yellowstone had extended beyond the study of the park, itself. By this time, Yellowstone was also serving as a laboratory and testing ground for new scientific techniques. From 1959–1971, a team of researchers led by John and Frank Craighead used the park to pioneer the field of radio telemetry in their groundbreaking studies of Yellowstone’s grizzlies. The use of telemetry, in which a collar worn by an animal emits radio signals detectable by handheld antennae, revolutionized wildlife science by allowing the Craigheads to conclusively identify individual animals and track not only their movements, but also their lifeways over long periods of time. The Craigheads also used small metal ear tags and brightly colored ear streamers to mark bears for purposes of identification and classification, and tattooed a number on the armpit or lip of marked animals so they could be identified even if they lost their other markings. Collaring, tagging, and tattooing a grizzly bear required that the bear be immobilized and sedated with tranquilizing drugs. Here again, the Craigheads were at the forefront of technological innovation.

Unfortunately, the Craigheads’ last four years in Yellowstone were marked by controversy and discord, in part because park managers strongly differed with the brothers over some of their scientific conclusions. The Craigheads were also unhappy with park managers’ disinclination to implement most of their scientific recommendations, and they made their feelings widely known through the national media. Finally deciding that the NPS had become too controlling of their research, the brothers concluded their work in the park. The disagreements between Yellowstone’s managers and the Craigheads were so well-publicized in the news media that after their departure a widespread, enduring mythology developed that the NPS had “thrown the Craigheads out of the park,” and was generally anti-research, especially when it came to outside researchers. Today, however, around 220 independent investigators are issued research permits in Yellowstone each year.

Wildlife science in Yellowstone underwent a renaissance of sorts in the late 1960s and early 1970s under Supervisory Wildlife Biologist Glen F. Cole. From the 1920s until 1967, park managers had systematically culled Yellowstone’s ungulate herds due to concerns that elk, in particular, would “overgraze” their habitat on the northern range, causing a population crash. However, at his previous post in Grand Teton National Park, Cole’s observations of elk herds had led him to develop a theory of “density-dependence” of wildlife populations. This was the idea that factors crucial to survival, such as the amount of forage available to a herd of ungulates, become more influential as a population grows in size, depressing the growth rate of the population by affecting birth or survival rates. In other words, if left to its own devices in an ecologically complete habitat, a given wildlife population should essentially regulate its own population. In essence, this was the idea of what has come to be known as “natural regulation.” According to the National Research Council, “under natural regulation, ecological processes and physical influences—such as primary production, foraging, competition, weather, predation, and animal behavior—determine or limit population dynamics, rather than hunting and other human interventions.” Natural regulation as a resource management philosophy has been highly controversial over the years, and has itself become a major focus of scientific study in Yellowstone. It remains “the current NPS policy for managing ungulates and other ecosystem components” in the park.

Management issues involving the well-being of the park’s traditional attractions, especially wildlife, scenery, and geysers, continued to dominate management attention in the 1970s and 1980s. But evolving management priorities—in which the need for scientific research became progressively more compelling both politically and practically—combined with increasing attention and interest in Yellowstone by the scientific community was reflected in an increase in the volume of research. In 1983, when Bob Barbee became superintendent of Yellowstone and John Varley became chief of research, science in Yellowstone necessarily flourished as it never had before. Total research permits exceeded 100 for the first time in 1984, topped 150 the following year, 200 two years later, and has averaged about 250 since the early 1990s.

The establishment of the Yellowstone Center for Resources as a separate operational division in 1993 further elevated the formal recognition of research as an essential element of management. Today the YCR, including branches for natural resources, cultural resources, spatial analysis, and professional support, administers the research permitting system and provides a variety of other research support functions. These include the organization of the park’s biennial scientific conference series, publication of the conference’s proceedings, and a great variety of other technical and popular publication projects including Yellowstone Science, the park’s quarterly scientific magazine.

As important as wildlife science has been in Yellowstone’s history, Ferdinand Hayden’s prognostication of more than 130 years ago has also proven true: the park’s hot springs have demonstrated immeasurable scientific value. In 1966, researcher Thomas Brock discovered Thermus aquaticus, a microorganism capable of surviving in temperatures extreme enough to kill most other living organisms, in a Yellowstone hot spring. After learning to grow T. aquaticus in the laboratory, Dr. Brock donated a living sample to the American Type Culture Collection (ATCC), a global nonprofit bioresource center that provides biological products, technical services, and educational programs to private industry, government, and academic organizations around the world.

In 1985, the Cetus Corporation obtained a sample of T. aquaticus from the ATCC for use in developing the Polymerase Chain Reaction (PCR) process for rapidly replicating DNA. Amplifying a segment of DNA to a billion exact copies in a few hours gives a scientist enough material to seriously study. Kary Mullis developed the PCR process in the 1980s, and the innovation brought him a Nobel Prize, and the field of biology a revolution. The use of an enzyme discovered in T. aquaticus, called Taq polymerase (which does not break down at the high temperatures required in the PCR process), made PCR practical and is seen as the biggest advance in PCR. Today, PCR is still the main process used to study nucleic acids, and DNA sequencing is a multibillion dollar business.

The park, however, has seen no financial benefit from that enterprise—a fact that has led to calls for “benefits-sharing” agreements to be established between national parks and any future researchers whose in-park discoveries might prove similarly profitable. Such agreements ensure that a park receives benefits when the results of scientific research conducted in that park lead to the development of a commercially valuable product. The NPS is currently in the process of writing a servicewide Environmental Impact Statement on benefits-sharing. 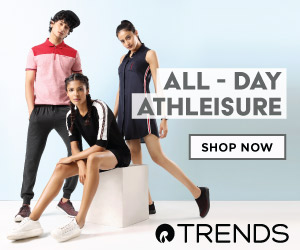